Most Americans (and perhaps those from other countries) alive in the 80s and 90s loved, watched, or at least were aware of the television series Murder She Wrote, a drama about a mystery writer with the unfortunate knack of finding dead bodies everywhere she goes,  and its star Angela Lansbury.

…whom I REALLY want to see play opposite Betty White in a Sunshine Boys-esque comedy someday! With me playing the Ben Silverman character. But I digress….

Fans of the weekly, hour-long episodes know that much of the show took place in Jessica Fletcher/Angela Lansbury’s fictional town of Cabot Cove, ME. What many viewers may not know is the whereabouts of the actual MURDER SHE WROTE FILMING LOCATION- Mendocino, CA.

Much like its fictional counterpart, Mendocino is a small coastal town with a population of almost 900 that still attracts tourists to its quiet demeanor and artistic flair. Unlike the fictional Cabot Cove, though, Mendocino never lost 2% of its population and and even higher percentage of visitors to murder and mayhem. 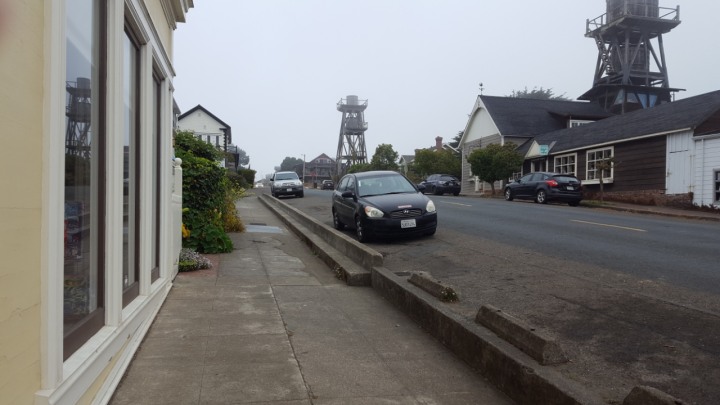 Though worthy of praise in its own right, the filming of Murder She Wrote did boost the economy in town, as many times locals were hired as paid extras and the popularity brought more tourists. An estimated $2,000,000 came in due to the increased tourism, in fact.

Now, the over 20 year old series still has its imprint on the town with a couple of the locations still standing recognizably around town. In fact, one of the main ones was the hotel we booked; I didn’t even realize until we arrived in the lobby that we were staying at Cabot Cove’s most featured hotel in the series, HILL HOUSE INN- 10701 Palette Dr., Mendocino, CA. 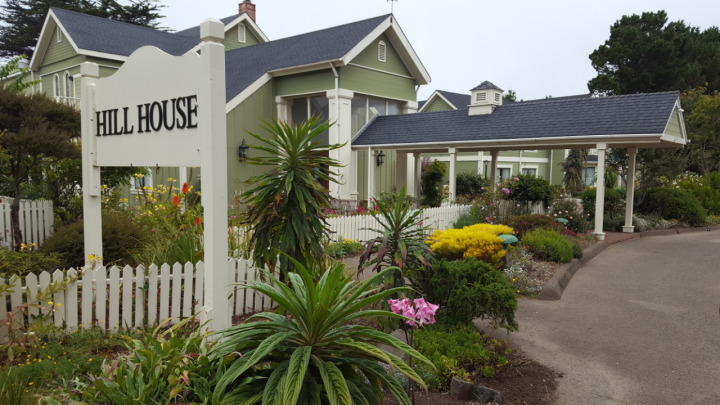 Known in the series as “Hill House of Cabot Cove,” the fictional version of the hotel often hosted murder victims, suspects, and sometimes murderers. The real life version does not get as much action as all of that… or so I’ve been told.

Each room is unique at Hill House and it is a very pleasant place to stay. I highly recommend it for your Mendocino getaway.

This is the location avid MSW fans will know: Jessica Fletcher’s house. You’ll be even happier to know that this 1888 Victorian is now a bed and breakfast, so you can SLEEP there! It appears they may even allow pets! Do not expect the interior to look familiar, though, as those scenes were not shot in the house.

The harbor scenes were shot in Fort Bragg, about 10 miles north of Mendocino. I did not end up venturing there myself as I was too enthralled with Mendocino itself. The town is a great place to simply walk through the streets of shops and residences, partake in a relaxing meal in one of its many restaurants, or explore the coves and cliffs of its shoreline.

Aside from the Murder She Wrote connection, several other films were shot in Mendocino (East of Eden, Same Time Next Year, Cujo, just to name a few). Perhaps avid film buffs would find it worthwhile to look up other locations and make it a coastal movie hunt visit!