Before I get into this next stop, allow me to regale a story of which this place reminded me.

I was working at the ticket counter of the Grand Rapids, MI Greyhound bus station, which was located in the lower level of the city bus station. One fateful day, I watched as a small woman in her late 60s made her way down the staircase, one step at a time, carrying a medium sized box. Eventually, she made her way over to my window. I opened the gate to the luggage scale and she set the box down inside.

“There’s more, I’ll be right back,” she said and made her way back up the stairs, one step at a time.

The box sitting on my scale was open and inside was a frozen gallon of apple cider. Trying to not assume anything, I patiently waited.

Several minutes later, the woman was making her way down the stairs again, one step at a time, carrying another gallon of frozen apple cider. She shoved this gallon into the box with the previous one.

“I want to ship this to San Antonio, Texas,” she told me.

I let her know that this would be four day trip, most likely. She nodded with a grin. “That’s why it’s frozen.”

… neither of which the woman had on her at the time. Her purse was in her car, so she would have to go back up and get it. As I watched her make her trek back up the stairs, I wondered how she figured on paying for the shipment if she left her purse in her car.

I also wondered if I should have pointed out the elevator right next to the staircase.

Several years later, the woman was back at my window with her ID. I typed out the number and found the cheapest route possible, quoting the price to her as $36.50.

She stared at me blankly for a moment, then finally said, “I only brought $4.”

I stared back at her blankly for a moment, then finally said, “$4.”

“Ma’am, I’m sorry, we have no possible way to send this from Michigan to Texas for only $4. I’m pretty sure there is no other company that could, either.”

She thought for a moment, then asked, “What if I bought it a seat instead?”

“That would be more expensive, and I’m not sure if the box would know when to get off the bus…” Sometimes, you just can’t help but throw in a smart ass comment in a customer service tone.

She sighed, stared down at the box for a moment, then looked at me. “Do you like apple cider?”

“Well, I’m diabetic, I can’t do anything with them!” she muttered and made her way back to the stairs and up one step at a time, leaving the box of melting apple cider gallons on my scale.

I put the box on the counter beside me, canceled the transaction, and started taking customers from the long line that had formed at my coworker’s window during this exchange. As I was finishing up with the last couple of customers, my manager came out and asked about the box. I told her the story.

She looked at the box for a moment. “Well, DO you like apple cider?”

“Um, yes, but I don’t know how this woman felt about the recipient; for all I know she was trying to poison her.”

“Well, then, I suppose we should throw it out,” she said.

By “we,” I knew this meant me. I suggested the Detroit bus driver could hold a raffle for them on the way to Detroit, but this idea was rejected.

Now, back to the present day. This stop, the HISTORIC GREYHOUND BUS DEPOT VISITOR CENTER- 109 N. 5th St., Blytheville, AR, is believed to be one of only three of its kind left in the country. 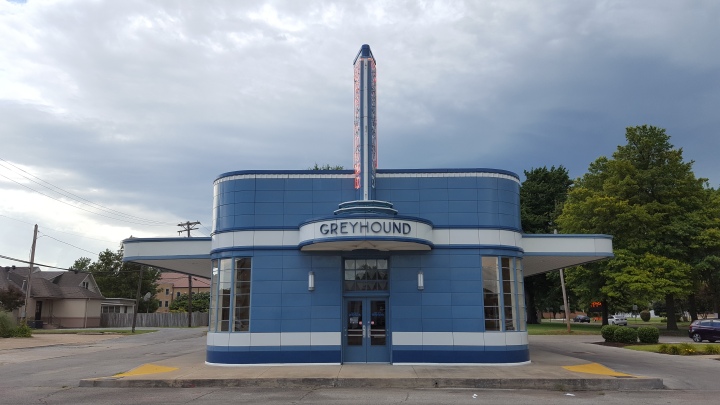 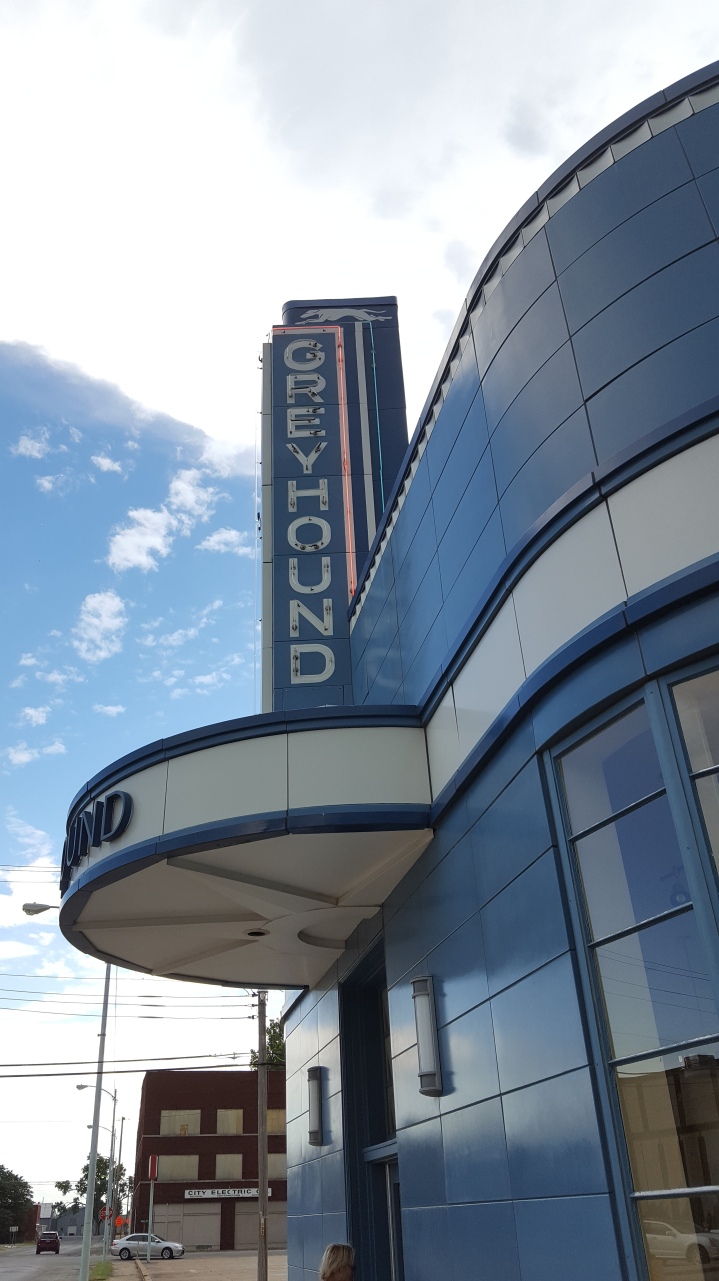 This building went up in 1939 and is now the visitor center for Blytheville. However, it turns out it is only open until 4pm. We got there around and 4:50. Oh well. That’s what windows are for. 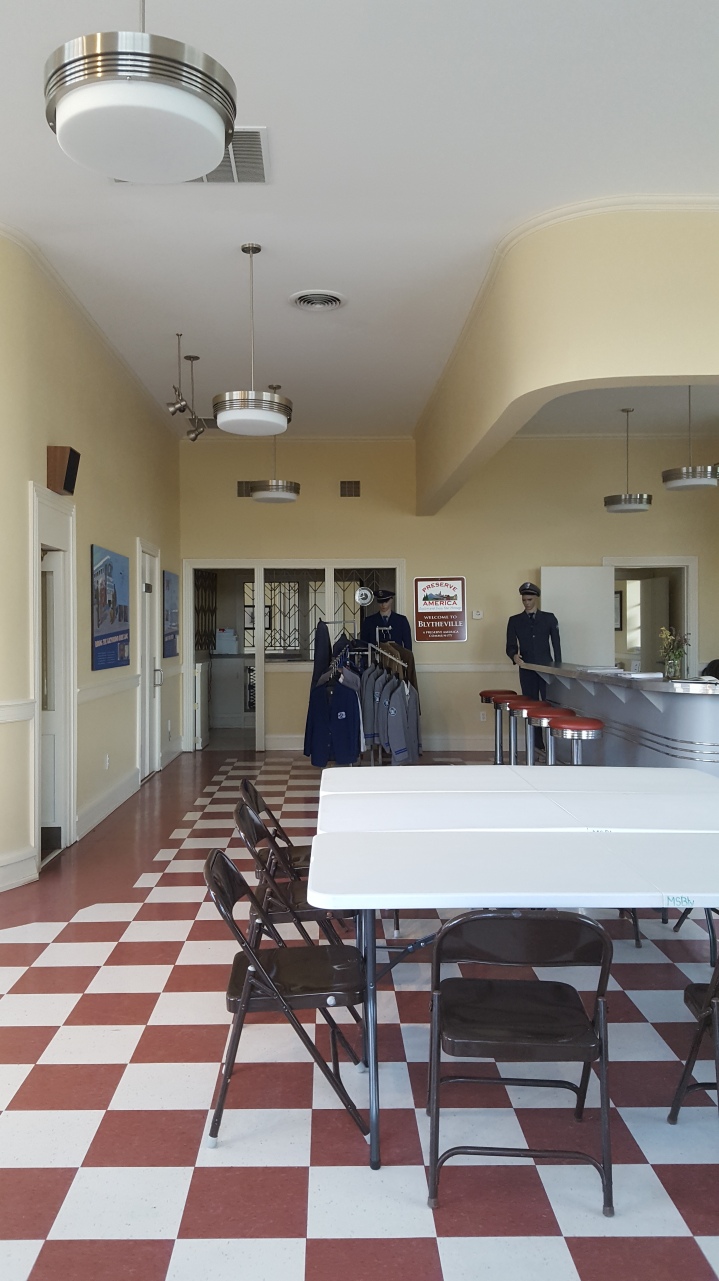 Celebrate the art deco architecture still left in the world by visiting this historic bus depot. Reminisce on when there was pride in such places and they were kept clean… unlike now, with barren cement… and old gum… and… I mean, no, did I say that out loud?