Maine, the most northeastern state of our great nation, is often overlooked when naming the prettiest states. 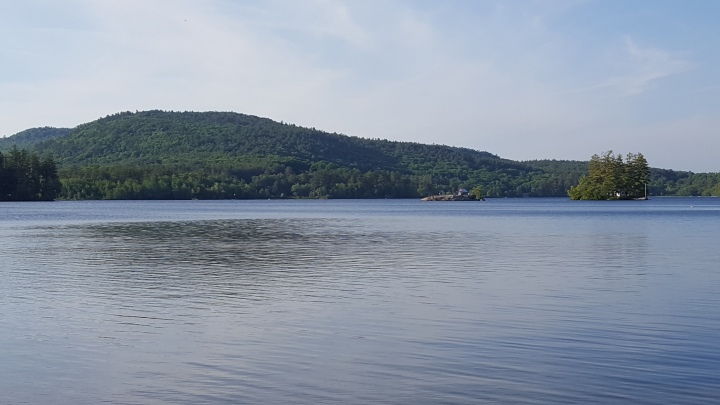 … but it is quite pretty, indeed.

Despite its northern implication of treacherous, cold weather, there are plenty of things to do outside. On this 87 degree day in June (why, yes, it DOES get that warm), it was the perfect day to visit the ANDROSCOGGIN SWINGING BRIDGE- Mill St. and Cushing St., Brunswick, ME 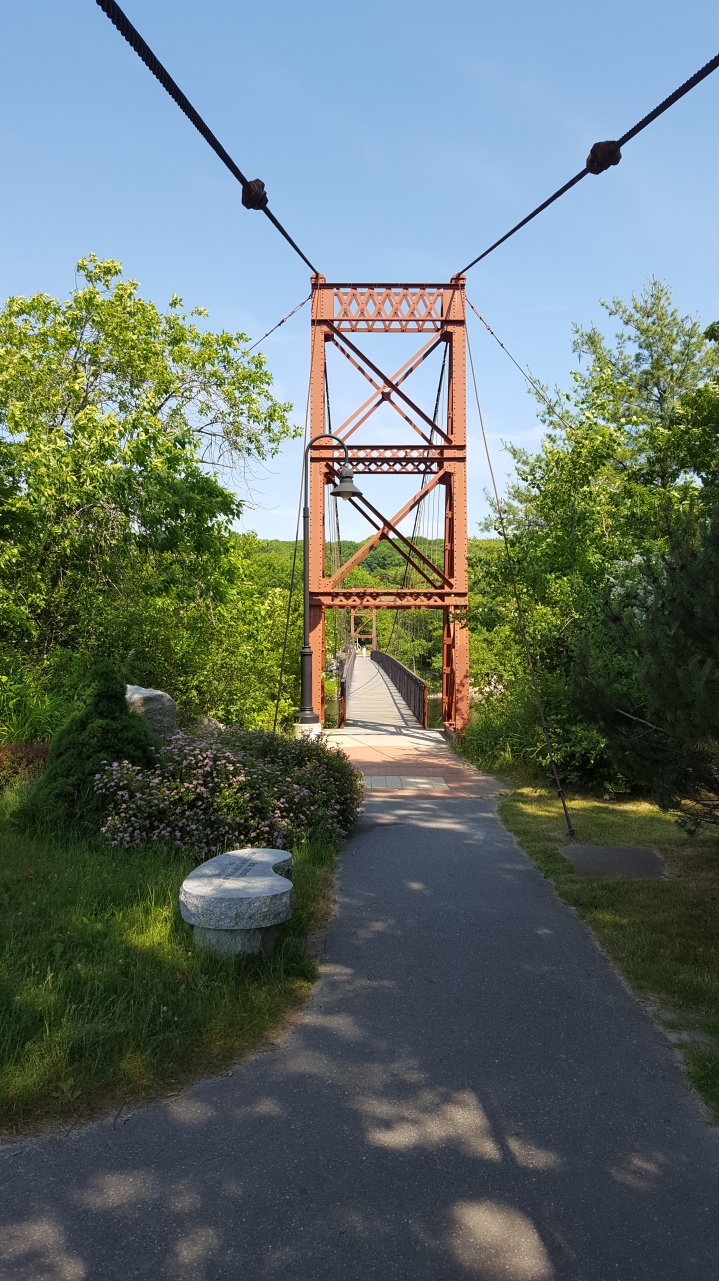 This is one of the few pedestrian suspension bridges still in existence. It was originally built in 1892 and was helpful for the large French immigrant work population. One side of the river is the Topsham residential neighborhood, where the worker housing was located, and the other side is downtown Brunswick, where the Cabot Mill many of the immigrants were employed at was located. The suspension bridge connect the two sides and made the walk to work much simpler.

Though it has had a few renovations over the years, it is still a town favorite. 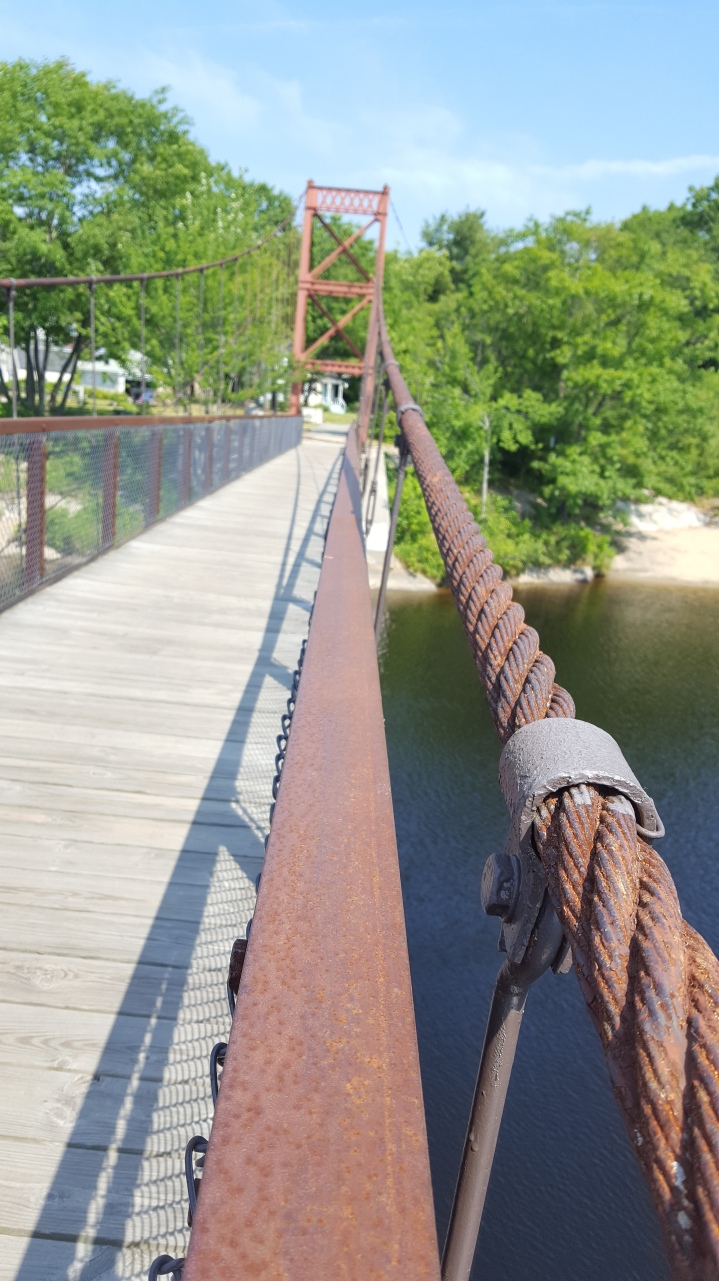 Does it indeed swing? A family of four was walking across from the opposite side when I arrived. As they came towards me, I stopped and waited. Well, it did not swing so much as bounce, as one might expect. Such a bridge literally swinging would be worrisome (in a Galloping Gertie type of way). The bouncing was fun enough to make me giggle… by myself… which worried a few locals, surely.

Both sides of the bridge have walking paths and the Topsham side of the bridge has some areas down by the water to explore and crawl around. In my skirt and flip-flops, I evaluated how much seemed practical… and then did a little more than that.

The Androscoggin Bridge is a great place to stop, take a break, stretch your legs, and explore on your road trip. Just do it. Like Nike. Or Shia LaBeouf, apparently.*

*Like a pro, I forgot if “just do it” was for sure Nike’s motto, so I looked it up and Google is giving me a bunch of hits for some Shia Labeouf motivational speech? The motivational young man that he naturally is…