I promise to leave Cleveland soon, but there are so many reasons to explore this area. One of those reasons is to see THE HOUSE WHERE SUPERMAN WAS BORN- 10622 Kimberley Ave., Cleveland, OH. 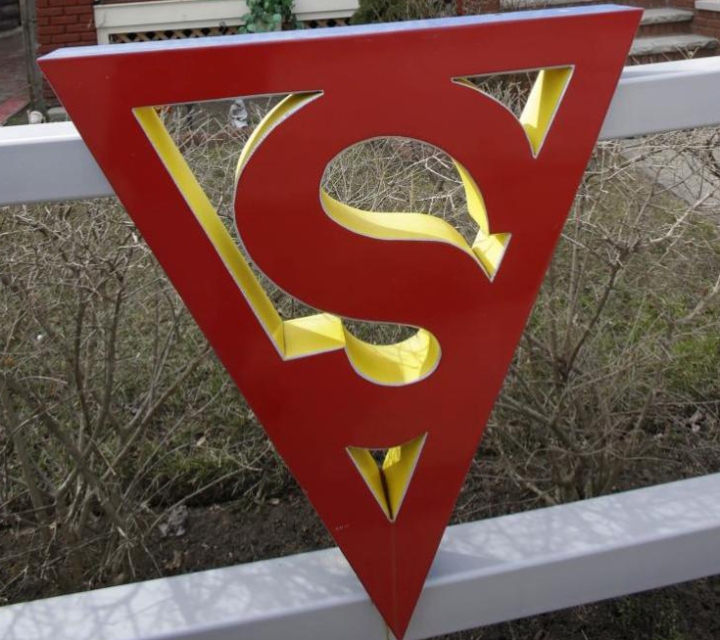 It was the early 30s, and Jerry Siegel’s family was struggling their way through and out of The Great Depression. The teenage Jerry’s solution, with the help of an artist friend named Joe Shuster, was to create a world that was out of this world, from which the now infamous Man of Steel came to help save ours. 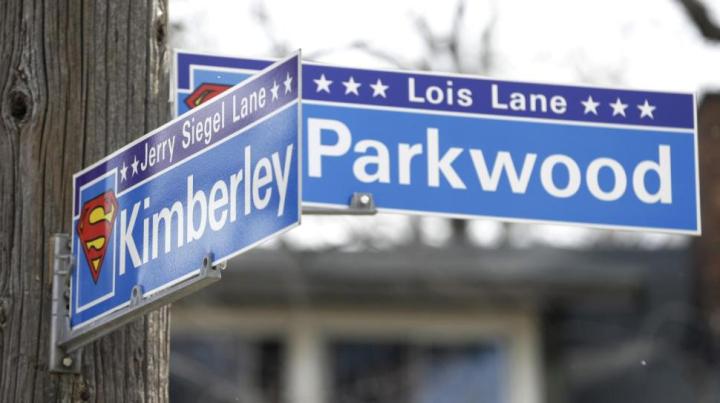 The house has seen a few face lifts over the years, but this is the blessed location where Superman was born.

This photo is a few years old. There is more foliage in the front yard blocking the view a bit, but the markers are all still there and you can still see the house.

It is a quiet neighborhood and I, a lone female, did not feel uncomfortable walking down the sidewalk up to the house.

One thing to remember, people, is that this IS a neighborhood where people actually live. Be respectful; don’t block roads or driveways, don’t trespass, don’t take photos of any people in the neighborhood, and for pete’s sake do NOT vandalize or urinate anywhere on the property or in the neighborhood (it’s pathetic that I even have to say this!).

As the plaque on the front fence says, “They [Siegel and Shuster] did not just give us the world’s first super hero… They gave us something to believe in.”

So park the car (legally) and take a stroll past a piece of comic book history.

* Why am I using other people’s photos instead of my own? Read about it in exhaustive detail in my editorial. Any copyright violations are unintentional and will be rectified upon notification.