Who doesn’t love a fort? Oh, put your hands down, party poopers!

If exploring is your thing (I think we’ve established that it is indeed mine), then take time to stop by FORT STEVENS STATE PARK- Warrenton, OR (Don’t worry, Google knows exactly where it is). 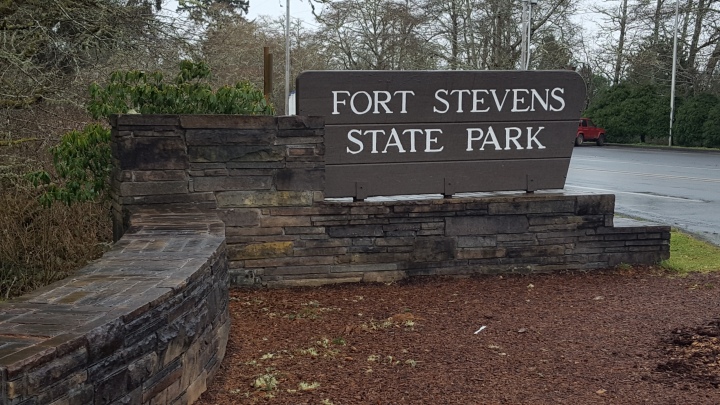 Fort Steven was originally Fort at Point Adams when it was built in 1864 and renamed Fort Stevens in 1865 in honor of Isaac Ingalls Stevens, the Washington territory governor who was killed during the Civil War.

The fort was original built at the mouth of the Columbia River to defend against British invaders during the Pig War of 1859. One notorious site is from 1906, when the sailing ship Peter Iredale ran aground on the beach in front of Fort Stevens. The entire crew survived and took refuge at Ford Stevens. The wreckage is still on the beach at the state park today. 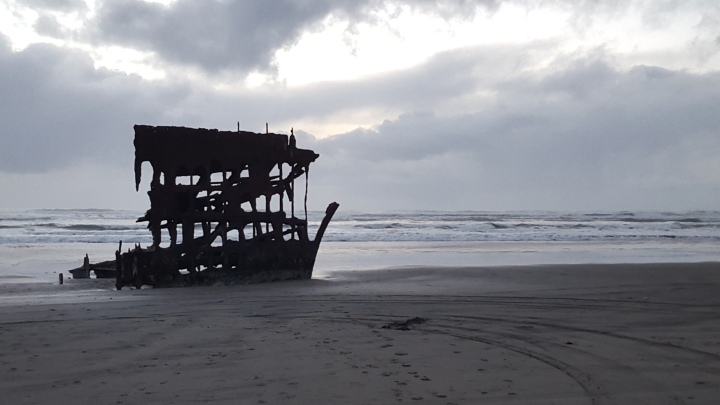 No, the Axis powers of World War II could not touch this ship, but you certainly can!

Yeah, that’s right, I said Axis powers and WWII. That’s because Fort Stevens is also the site of the only U.S. mainland military post to be attacked in the second World War, and the first one fired upon by a foreign power since the War of 1812. On July 21st, 1942, a Japanese submarine fired 17 shells at Fort Stevens…. and busted up the backstop of the baseball field.

… okay, there’s a BIG OLD BEACHED BOAT in front of you and a HUGE fort! And you can only hit the baseball field? You had ONE job…

Anyway, the fort was decommissioned in 1947.

Okay, “stop by” might have been a bit of an underestimation. The park is huge, so the visit itself for the entire park would take probably a few days. One of our favorite sites is Battery Russell. 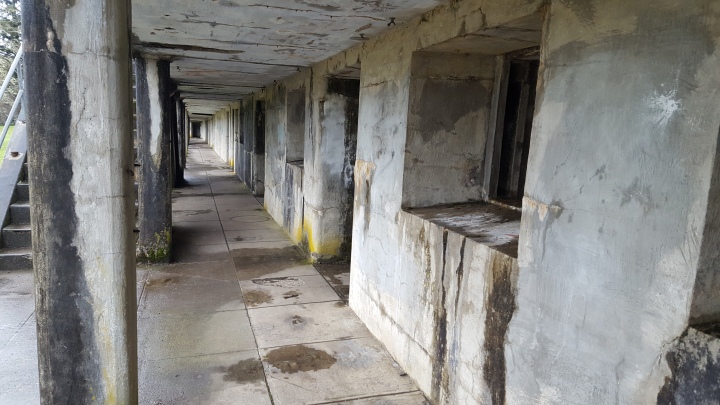 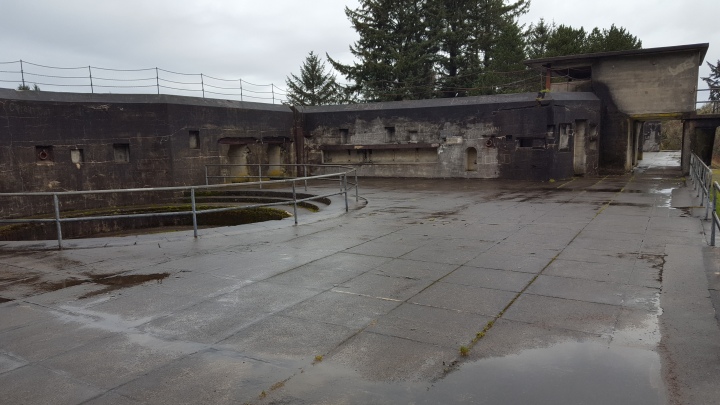 Battery Russell was built between 1903 and 1904 and is one of nine concrete gun batteries built at Fort Stevens. It was built separate from the other gun batteries and was armed with two 10-inch disappearing guns, which is not magical so much as it had a large gun pit into which it could lower down (which you can see part of in the middle picture above). Several of the Japanese shells did touch down near Battery Russell, but the battery was not damaged at all. The last shells fired from Battery Russell were during its closing ceremony on December 29, 1944 as it was being replaced by more modernized Battery 245 northeast of Russell.

… names, people, we like fun names, not random numbers!

Now Battery Russell is a large building which passerbys can explore (with an optional but free pamphlet with a map), and the occasional young punk can (but shouldn’t!) write some questionable things on the walls. I mean, come on, you derelicts, have a little reverence for history!

Nearby Battery Russell are some remnants of other Fort Stevens sites. 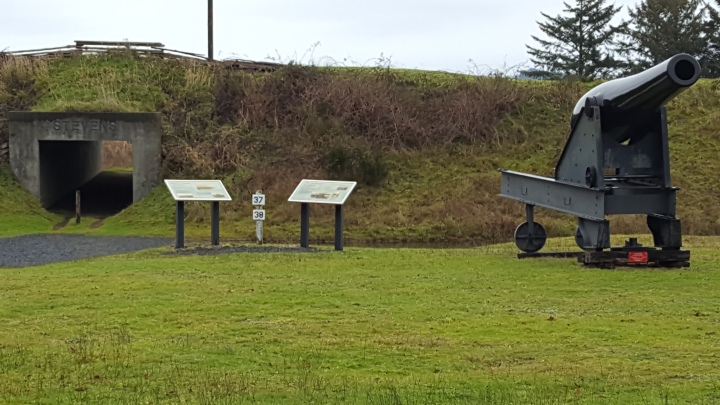 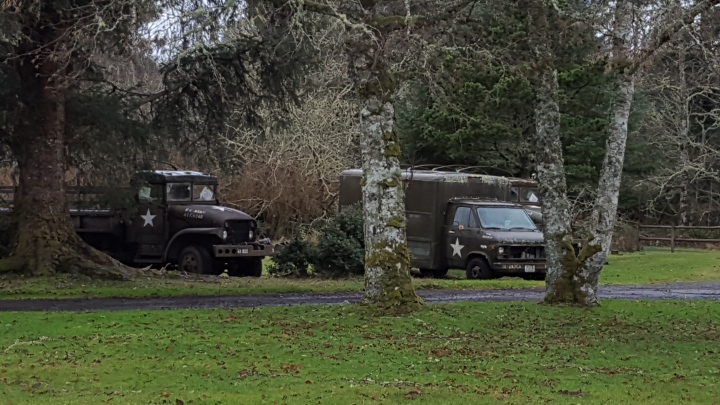 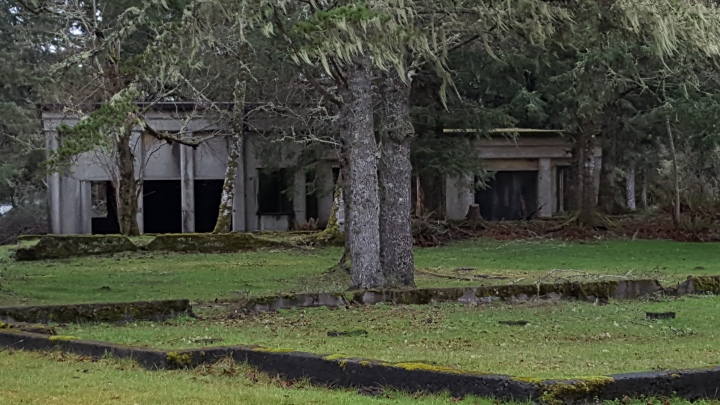 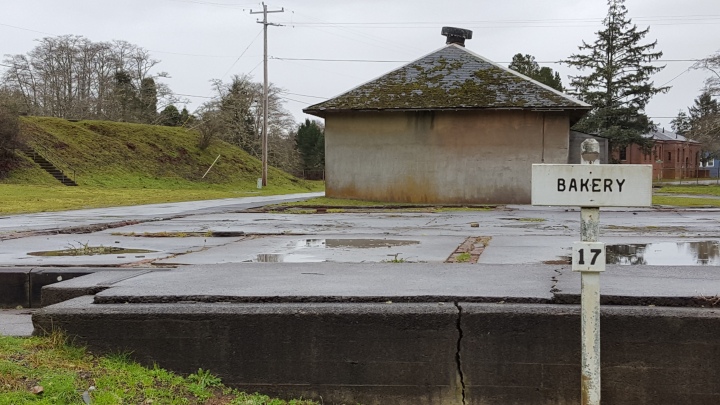 Explore some of Oregon’s military history at this coastal treasure, as my photos don’t even begin to cover it.