Who wants a history lesson? You? You’re in luck! Not you? Too bad because you’re getting one, anyway!

This one takes us to the SULTANA MEMORIAL- Mount Olive Cemetery, Berry Rd. and Cemetery Rd., Knoxville, TN. 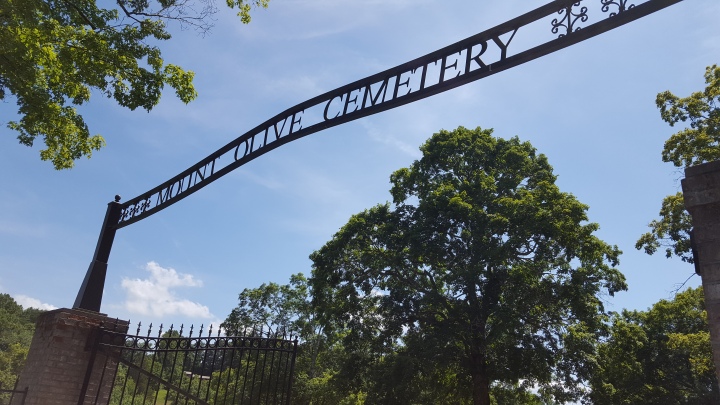 April 27, 1865: the Civil War had just recently ended, and a side-wheel steamboat named the Sultana was scheduled to carry a load of recently released Union POWs north on the Mississippi River. The boat had a maximum passenger capacity of 376, but thanks to a money-hungry captain, the boat was carrying 2,100 prisoners. The people-packed boat got a little north of Memphis when three of her four boilers exploded (thanks to the money-hungry captain rushing a previous repair job). Due to the frigid temperatures of the river waters plus the weakened condition of most of the prisoners on the boat, it is estimated that 1,800 passengers were killed. This is recorded as the greatest maritime disaster in American history.

A memorial was erected in Mount Olive cemetery by survivors and their families, the first one in 1916. This one appears to be newer, but I could not find what year it was refurbished.

The names of those lost in the disaster wrap all the way around the large marble monument.

So you may be asking, “why have I not heard about this?”

One scoundrel dies and everybody knows about it. 1,800 innocent people die and nobody notices.

And here we thought celebrity status was a modern media curse.

If you’re visiting the historic town of Knoxville, take a few moments to pay the long-overdue respects to these men, and think about how many other pieces of history we may have missed because Snooki had a baby or Brangelina decided to split up.