As I drove through each key, it became harder and harder to not stop and snap pictures of the water, trees, and bays.

First driving into Key West, the southernmost key, is borderline disappointing in comparison to the island atmosphere of the other keys. It suddenly looks like mainland Florida. Granted, with it being a 2+ hour drive to the mainland and therefore to grocery stores and other conveniences, I understand the need for this area, but still…

Once you get through the box store area, though, and towards the historic southernmost point, it begins to feel like a tropical island again (the heat and humidity should tip you off in the first place, though) and there are plenty of photo opportunities. 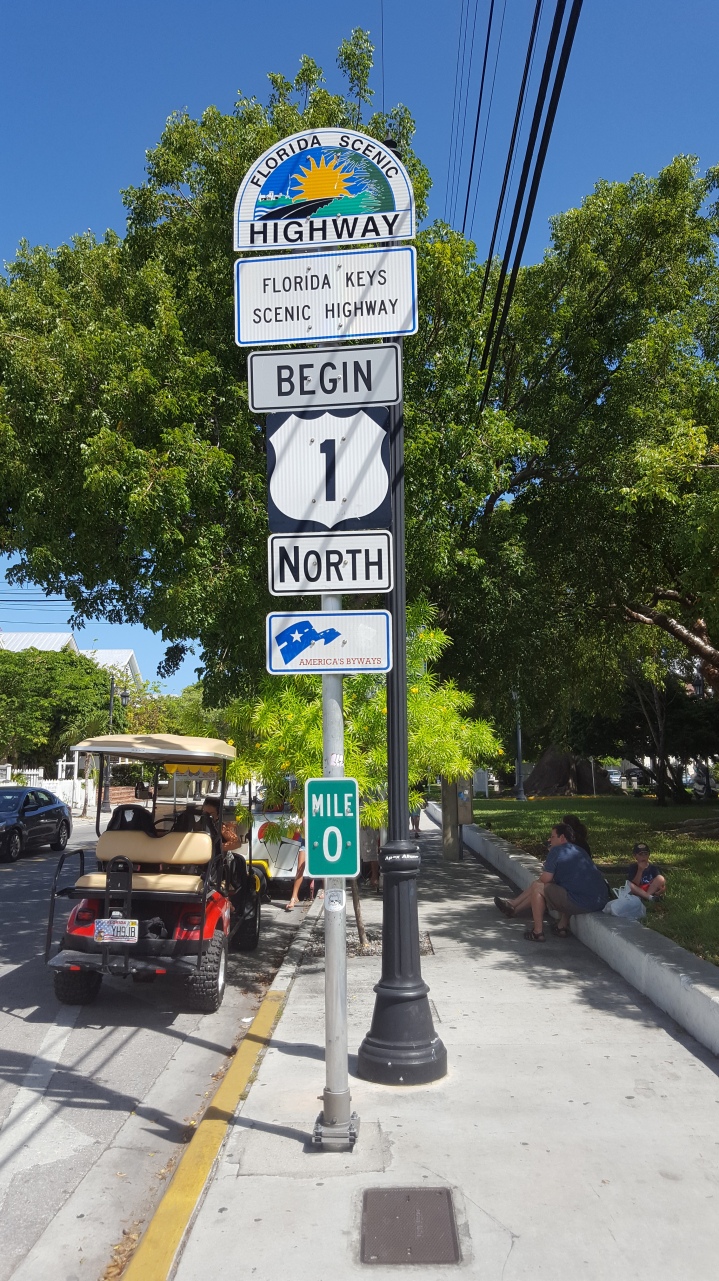 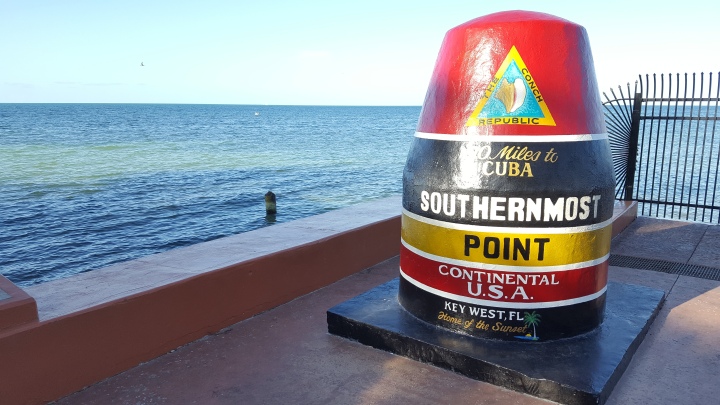 Not to mention the pastel Key West colors of the houses and buildings. 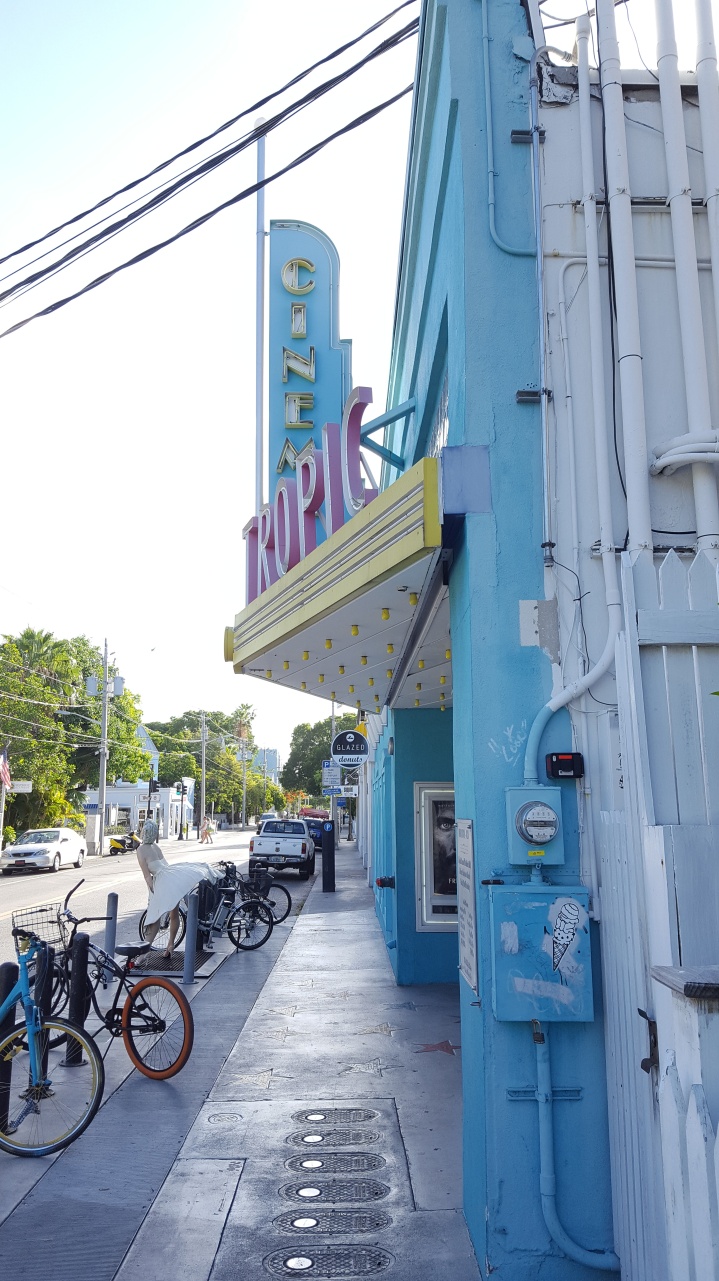 And of course, there was my reason for driving down, and that was the ERNEST HEMINGWAY HOUSE- 907 Whitehead St., Key West, FL. 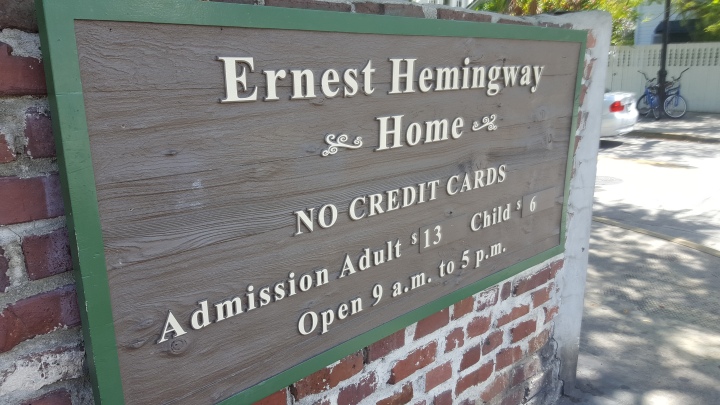 Ernest Hemingway, in case you’ve been living in a cave your entire life, is considered one of the most if not THE most influential American author of the 20th century. His works include For Whom the Bell Tolls, A Farewell to Arms, The Old Man and the Sea, as well as short stories such as Hills Like White Elephants and many others. Though Hemingway lived in several places throughout his life, a majority of his works were written while living in his house in Key West.

Amongst his many quirks (as writers and artists tend to have), one of Hemingway’s was he was very superstitious. Because of this, he collected polydactyl cats (which are supposed to be lucky). He was known to have as many as 70 some odd cats at one time on his property. My tour guide said the museum currently has 50+ cats, many of whom are polydactyls (descendants of the originals; this also means if you have an allergy, you should either skip this or bring your Benadryl). During my visit, I counted 31.

The tour itself was fascinating. My tour guide, Marilyn, has that southern hospitality attitude and a spunky personality that helped keep your attention.

At one point, we were heading upstairs to Hemingway’s bedroom when Marilyn announced, “Warning! Naked female on the bed!” 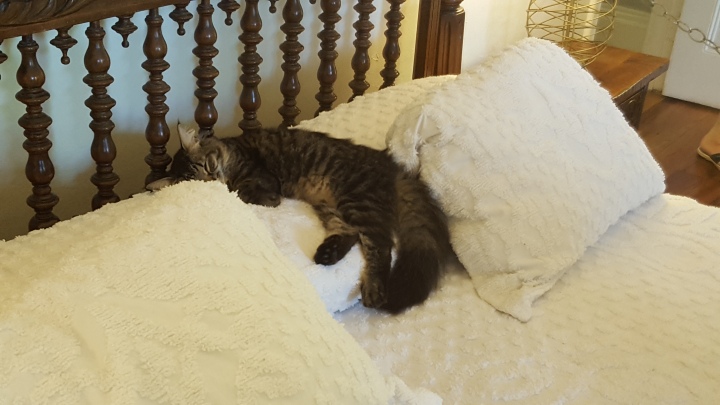 Here’s an editorial note, folks: many of you may be in the know that I am in the middle of writing a novel myself and have been for quite some time. Due to the constraints with recent life (and now writing many, many blog posts), the novel writing has kind of fallen to the wayside. I had a secret hope that visiting Hemingway’s house would catapult my muse into action and I would rush back to my room and just tear through that rough draft edit overnight.

Alas, such was not the case. I loved the tour, but not feeling that urge to write. Why?

Go visit Hemingway’s house, fall back into a different time for a while, then come back and shake your muse awake to help you write that novel.