Such is the case for the “Home Furnishing Capital of the World” known as High Point, NC. They wanted everyone to know it, so they built the WORLD’S LARGEST CHEST OF DRAWERS- 508 N. Hamilton St., High Point, NC. 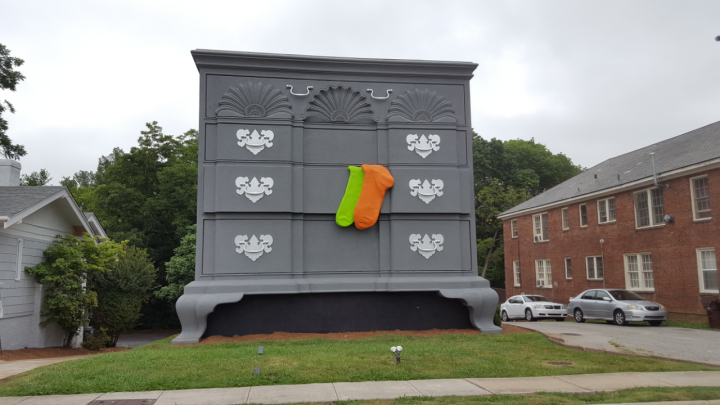 This 32-foot tall (some sources say 38 feet, either way it’s safe to say it’s pretty tall), 19th century style dresser was built in 1926 by the local Chamber of Commerce and became known then as the “Bureau of Information” (hardy-har-har). It’s been re-painted a few times as I saw pictures of it being natural wood brown with one of the socks having a pattern on it. Not sure if it is regularly updated or someone got bored one day, but there she is in all of her glory. The socks are there as not only a fun accessory, but a tribute to the city’s hosiery industry. One source says there are smaller replicas of this dresser throughout the city, but I didn’t see any. 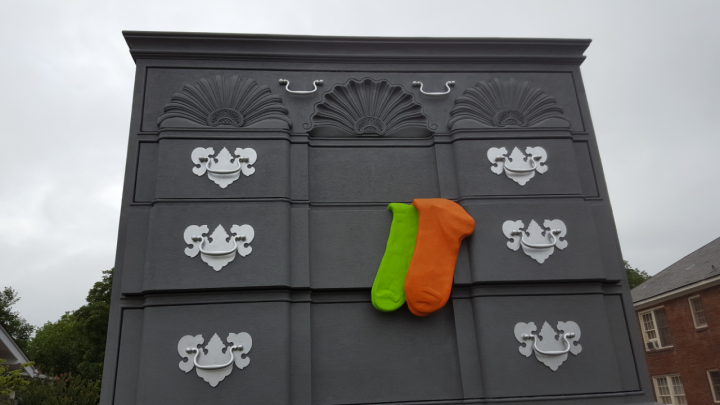 In case something happens to this dresser, North Carolina can still claim the World’s Largest Dresser title. A few miles away, they have the WORLD’S LARGEST HIGHBOY- 5635 Riverdale Dr., Jamestown, NC. 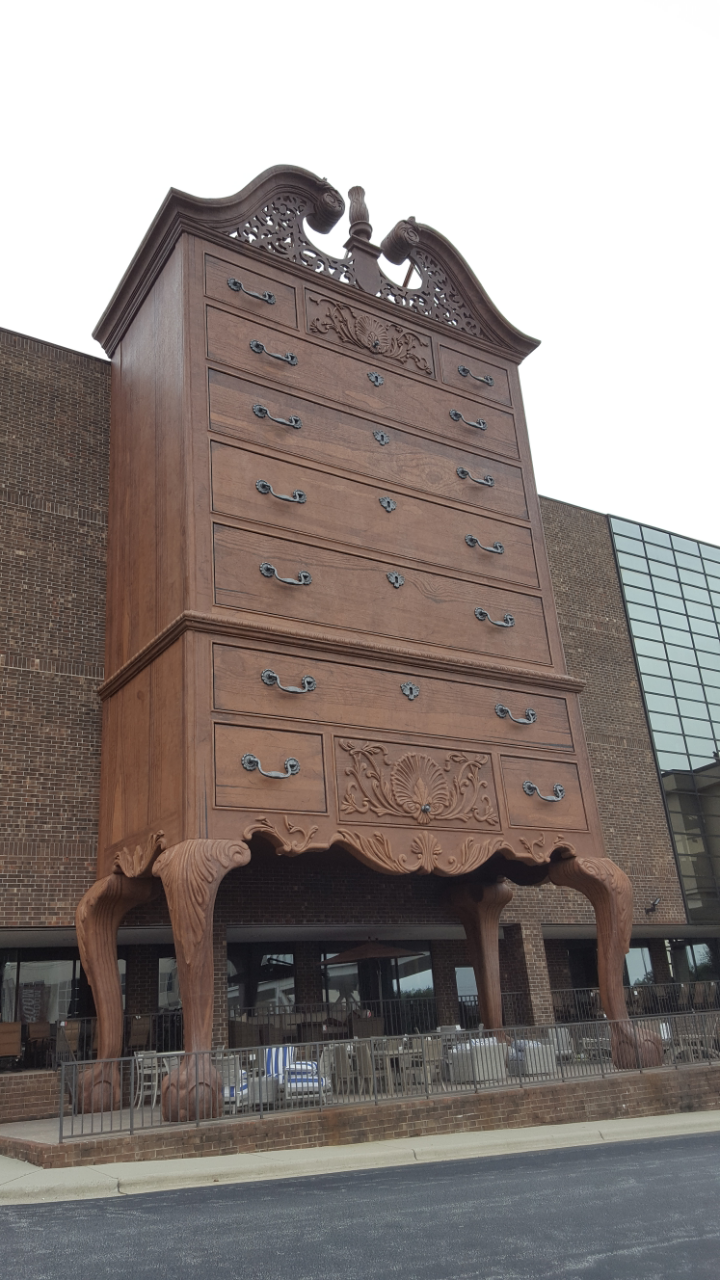 Despite being clearly larger than its compadre (this highboy standing at 85 feet tall), it for some reason does not claim the World’s Largest Chest of Drawers title. Looks like someone was clearly the favorite kid in that family… This highboy is attached to an actual furniture company (which it turns out is closed on Sundays. If you are visiting that day, you will not be able to drive into their parking lot. Now, is doing what I did, pulling over nearby and walking onto the non-fenced property to get a picture, illegal? Not sure. Condoned? … not publicly!). This counterpart was designed by Sid Lenger to go with the previous dresser. North Carolina is not to be outdone in the large home furnishings. Good luck, competitors!