Well, folks, this is it! I am moving across the country and taking one of the longest routes possible. This means there will be regular blog posts for many weeks (probably months) to come.

I would like to take this moment to thank my friend Jerry for providing me with travel music. You will be hearing more about this as we go along.

The first stop on this epic journey is the STUDEBAKER NATIONAL MUSEUM- 201 Chapin St., South Bend, IN.

A Studebaker, for those of you having no recollection of cars before 1970s, was a wagon and car manufacturer starting from the mid 1850s. There were 13 children in the Studebaker family, 10 of which survived childhood (that was no easy task in those days). Two of these children, Clement and Henry Jr., became blacksmiths and then started making wheelbarrows in South Bend, IN. Eventually, this grew into a car manufacturing plant, which eventually fell victim to financial problems and ever-growing competition and closed its doors in the mid 60s. 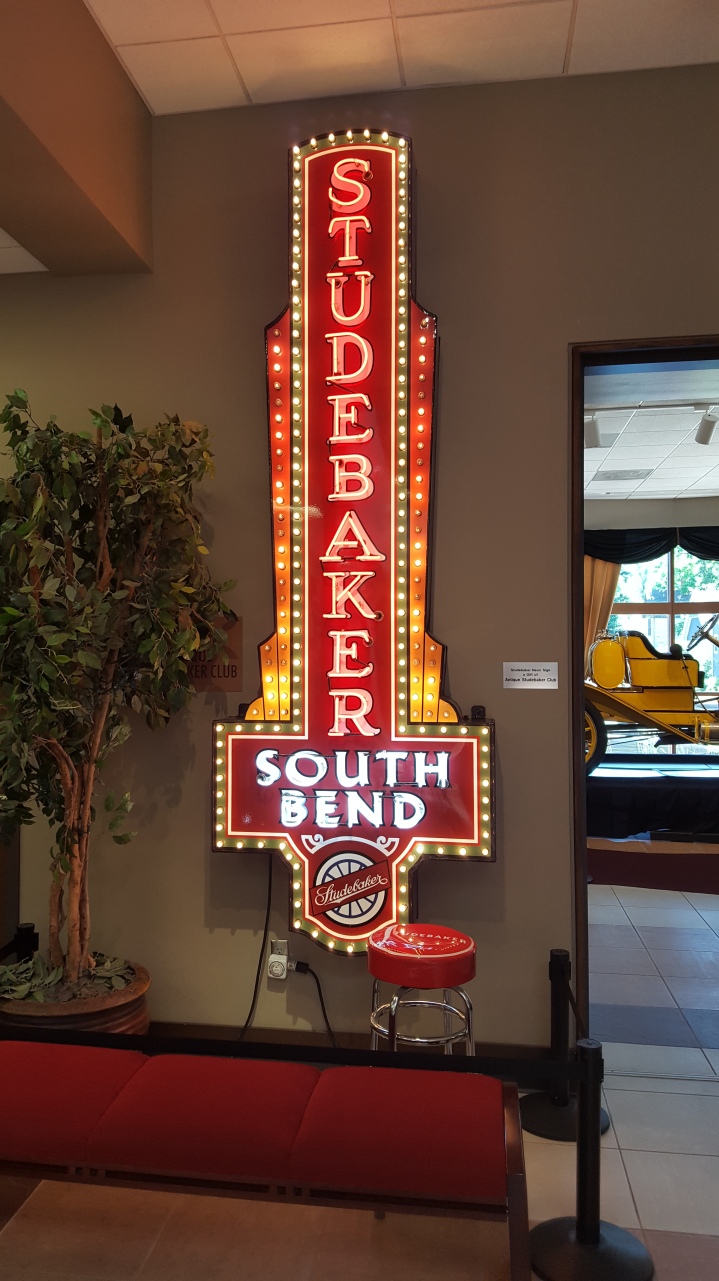 Mind you, the museum entrance is actually on Thomas St.. Do NOT try to go into the Studebaker Museum Archive building like I did…

If you are anything like me, a three-story building full of classic cars is one of life’s little pleasures. 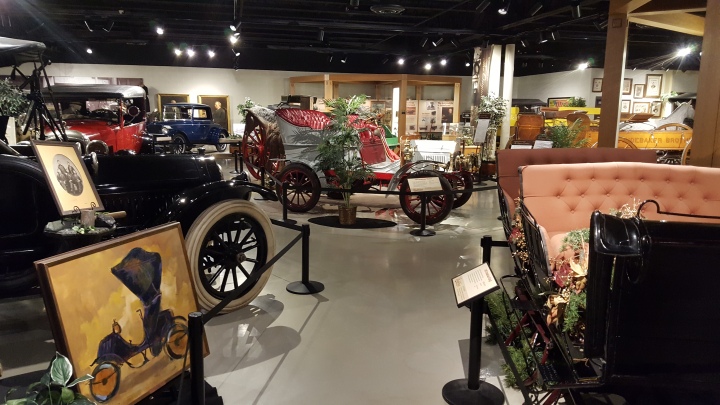 Even if you are simply a passive classic car fan, there are still some exhibits here that are of interest to a broader audience. For example…

The carriage in which President Lincoln rode to the Ford Theatre, subsequently his last carriage ride.
*replica Lincoln

The Studebaker from “The Muppet Movie” (“Ah, a bear in his natural habitat… a Studebaker!”)

Where the actual driver sat for the film driving (in the trunk… with a camera in the bullet nose hood). 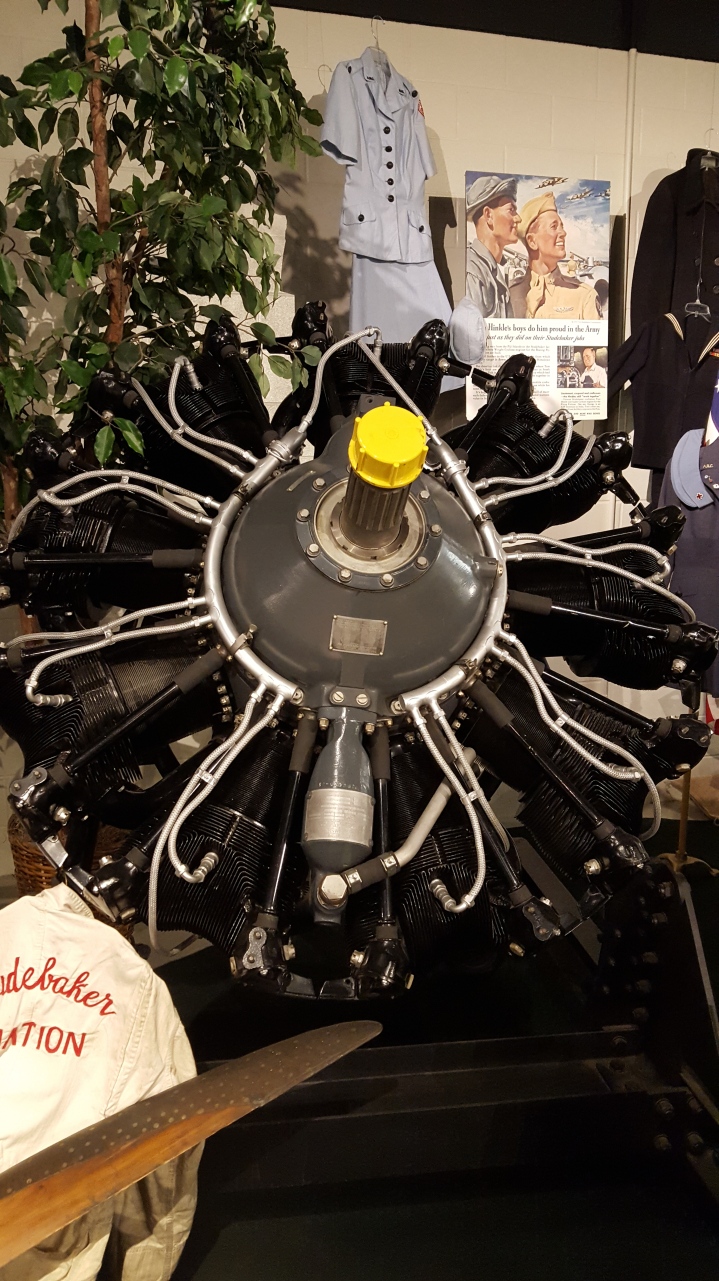 Wright Cyclone engine for Boeing B-17 Flying Fortress bombers in WWII (yup, they were part of the war effort, too!)

… and more, of course! Go and see the rest for yourself, and visit the History Museum in the same building, while you are at it. I had no time to visit it (and this saddens me because I really like history), but go and tell me all about it!