Across the entire country, you can find your choice of World War II museums. Some are general information and chronology, and others are about a specific aspect of the war.

This four-year-old museum is volunteer built and run, many of the volunteers being veterans themselves (though mostly not from WWII, mind you). The vets are from a variety of branches, such as Army, Navy, even Coast Guard. 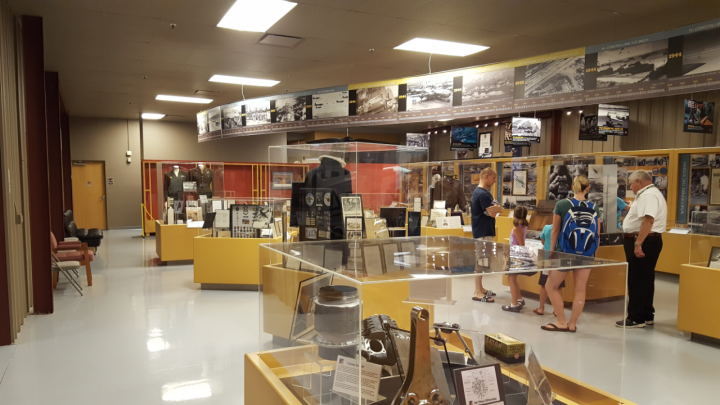 The museum focuses on the aviation contributions to the war. Without aviation… well, let’s face it, folks, we would have been screwed.

The main building of the museum is self-guided with the option of a docent-led tour.

There are sections of the museum that are docent-led only tours of WestPac, a restoration facility with several restored, airworthy WWII planes. Unfortunately, this portion does not allow pictures to be posted on the internet, so let’s just say they’ve got some pretty planes in there.

That person behind the plane in the above picture makes it look like the airplane has back legs!

The National Museum of World War II Aviation considers itself an education museum. They have a hands-on, K-12 STEM program to educate students in math, science, aviation, and other related subjects in relation to the World War II era at no cost to the students or schools (so if you believe in such things, please donate to their cause. I had a conversation with one of the volunteers and the museum is excited about this program. They’ve already had thousands of students go through it with very positive feedback!).

I only spent an hour and a half at the museum (because I was on a tight schedule this particular day), but one could easily spend three or more hours here. This museum is perfect for children and adults alike and is furthering education at no cost to students. What is not to love about this place?